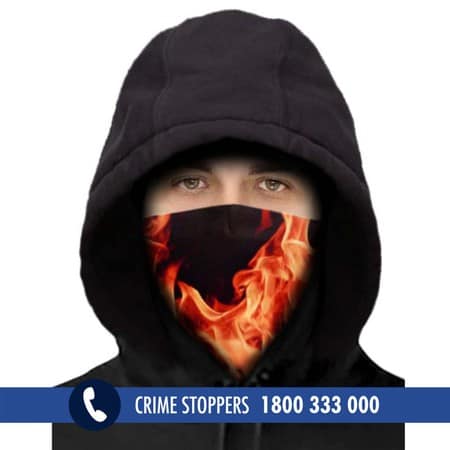 Police have released a digital facial composite of a man as part of their ongoing investigation into an assault in Werribee in January.

Investigators have been told the 14-year-old girl was walking in the vicinity of Presidents Park when a man assaulted her about 4pm on 31 January.

She broke away from the man and managed to return home a short time later and alert police.

Police conducted patrols of the area however were unable to locate the man.

He is perceived to be of Caucasian appearance, aged in his early 20s, about 168cm tall, and was wearing a black hooded-top black tracksuit pants and a black face covering with red and orange flames

The investigation is ongoing and anyone with information is urged to contact Crime Stoppers on 1800 333 000 or submit a confidential report at http://bit.ly/33ofc0j 🔗